For fans of Cure donghua which is also known as Jie Yao or Antidote, the anime had ended spectacularly yet it also left us craving for more but it couldn’t be more perfect than that as we had one of the best possible finale a Chinese anime could ever have through this mild BL donghua. Now, that the craze was over, we had been left wanting to fill the whole the donghua had previously occupied in our thoughts. So, I would like to share a list of anime similar to The Cure donghua that fans should try to check out. First of all, let’s talk about what is The Cure? What are the central plots where its story revolves? The donghua was one of bilibili’s Chinese anime lineup for 2020 and it first premiered on January 19 and run for a total of 12 episodes. It follows a young artist who runs away from home due to personal struggles between what he desires and his family, and a delinquent yet tsundere guy. The two of them find solace in the presence of one another and an unexpected friendship then blooms.

Therefore, the majority of the anime in this list are BL, so let’s start the list as follows: 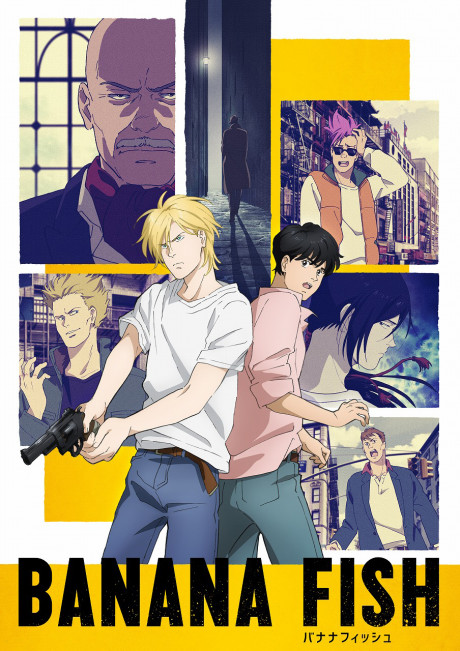 Aslan Jade Callenreese, known as Ash Lynx, was a runaway picked off the streets of New York City and raised by the infamous godfather of the mafia, Dino Golzine. Now 17 years old and the boss of his own gang, Ash begins investigating the mysterious “Banana Fish”—the same two words his older brother, Griffin, has muttered since his return from the Iraq War. However, his inquiries are hindered when Dino sends his men after Ash at an underground bar he uses as a hideout. At the bar, Skip, Ash’s friend, introduces him to Shunichi Ibe and his assistant, Eiji Okumura, who are Japanese photographers reporting on American street gangs. However, their conversation is interrupted when Shorter Wong, one of Ash’s allies, calls to warn him about Dino. Soon, Dino’s men storm the bar, and in the ensuing chaos kidnap Skip and Eiji. Now, Ash must find a way to rescue them and continue his investigation into Banana Fish, but will his history with the mafia prevent him from succeeding? (Source: MAL Rewrite)

The Case Files of Jeweler Richard 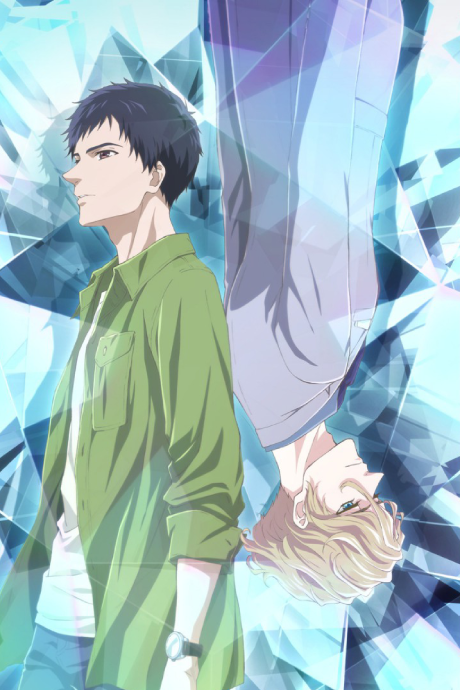 The ‘heartwarming jewel mystery’ series centers on the handsome jewelry appraiser Richard Ranashinha de Vulpian and the bright and cheerful college student Seigi Nakata as they uncover the hidden messages that lie within jewels while they solve various jewel-related cases by unravelling the hidden psychological aspects of their owners that lie within the gems. (Source: Anime News Network, Edited) 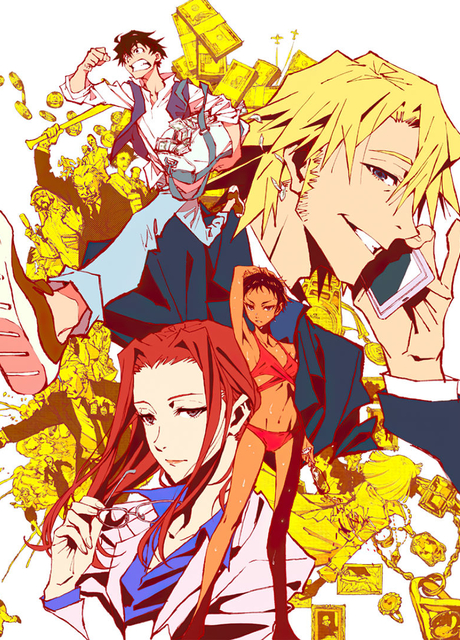 Only BADs are our targets! Trick you! Deceive you! Cheat all fortunes of you! You can hear our stories in LA, Singapore, London, Shanghai and Tokyo, Why? Our “CON GAMEs” stage, is the whole WORLD! Edamura Makoto is supposedly Japan’s greatest swindler. Together with his partner Kudo, they try to trick a Frenchman in Asakusa but unexpectedly get tricked instead. The Frenchman, whom they tried to swindle, turns out to be Laurent Thierry—a much higher-level “confidence man,” in control of the mafia. Edamura is yet to find out what fate awaits him, after having engaged in the Frenchman’s dirty jobs…! 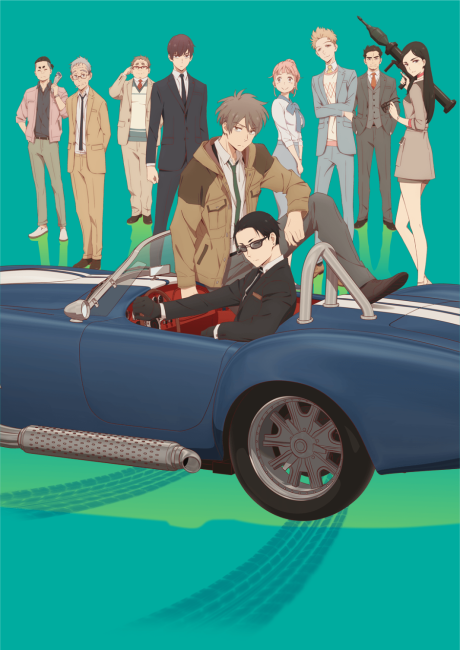 The story centers around millionaire Daisuke Kambe, the heir to one of the wealthiest families in Japan, who is assigned as a detective to the Modern Crime Prevention Task Force (aka MCPTF), at the Tokyo Metropolitan Police Department. Taking full advantage of his vast family wealth, he spares no expense in solving complex crimes, and has the tendency to evaluate everything including individual human lives in terms of their monetary value. Haru Katou, a detective with a compassionate heart who believes that money isn’t everything, is chosen as Kambe’s partner but is repulsed by his materialistic attitude. Having diametrically opposing personalities, witness how the two join forces to tackle seemingly unsolvable crimes and mysteries! (Source: Fuji Creative Corporation) As part of the imperial family, every move by Chu Yuan in this game of chess is made with apprehension, fearing that with a moment of inattentiveness, the whole match will be lost in a single move. Ascending to the throne at eighteen, not half a year passes before civil strife erupts in Yun Nan. Though the thoughts of the old guard at the imperial court are not exactly identical, they are all waiting to see how the new emperor will put an end to this. (Source: WeTV) 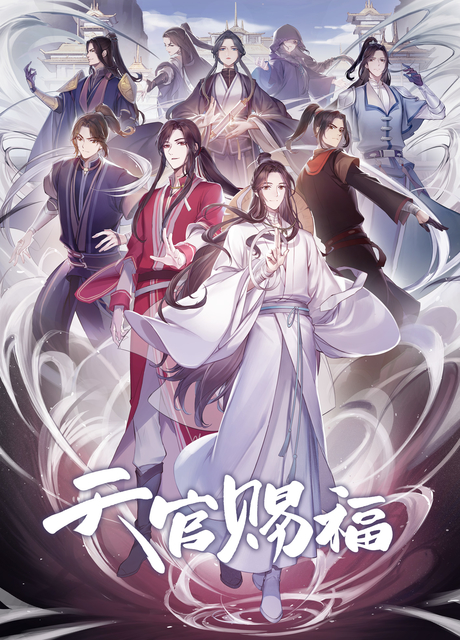 Xie Lian, the crown prince of Xian Le Kingdom, successfully ascends to Heaven during his third trial in spite of successive demotions. However, he accidentally breaks the Gold Palace of heavenly officials. With no human worshiping him, Xie Lian has to descend to the secular world to exorcise ghosts, which may help him sustain his divinity. (Source: Funimation) 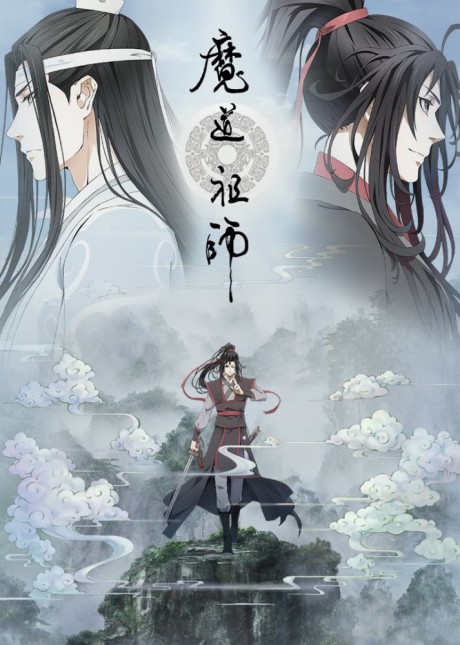 As the grandmaster who founded the Demonic Sect, Wei Wuxian roamed the world in his wanton ways, hated by millions for the chaos he created. In the end, he was backstabbed by his dearest shidi and killed by powerful clans that combined to overpower him. He incarnates into the body of a lunatic who was abandoned by his clan and is later, unwillingly, taken away by a famous cultivator among the clans—Lan Wangji, his archenemy. This marks the start of a thrilling yet hilarious journey of attacking monsters, solving mysteries, and raising children. From the mutual flirtation along the way, Wei Wuxian slowly realizes that Lan Wangji, a seemingly haughty and indifferent poker-face, holds more feelings for Wei Wuxian than he is letting on.

DAKAICHI: I’m Being Harassed by the Sexiest Man of the Year 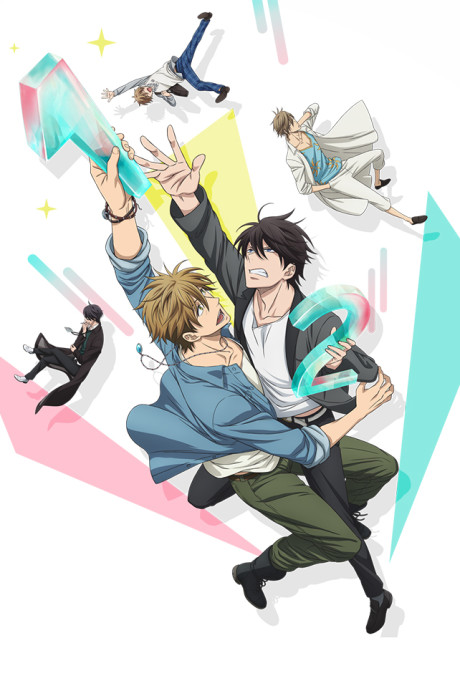 Takato Saijyo has reigned as the idol industry’s “Most Huggable” for five years, that is, until freshman actor Junta Azumaya. Takato was always considered brusque while Azumaya’s smile is winning over admirers by comparison. The whole fiasco drives Takato to over indulge in alcohol and his actions catch the attention of the last person he wants to see. To his surprise, Azumaya uses this new info to blackmail Takato for physical affection.

These are anime like The Cure (Antidote) that donghua fans should try watching no matter what their preferences are, whether they prefer Japanese animation or a Chinese one. Share your thoughts about our list in the comment section below.